A coders letter from the jungle

For more than a year ago I quit my apartment and my job to live a life with my laptop in the Swedish forests.

I did this to code on my startup idea: Blockie.io. The major part of five months I spent there.

Even dough I got badly food poisoned on the fourth day of my adventure it was the best time of my life.

Unexpectedly I got a lucky break appearing on The Listserve and a lot of media coverage to follow my leaving everything behind and setting forth. This put me in touch with a lot of nice people. And thanks to this I got to know a really talented coder via Twitter. This guy became a co-founder of Blockie.io and he started pushing some really top quality code, from Brazil.

My forest life had it’s ups and downs, but I was really alive out there. Combining nature with hacking, and feeling the lightness of the heart that only comes with having very few possessions. Every materialistic object I cared about was right there with me.

Unavoidably, fall came and it became hard for me to work when is was too cold, wet and dark. I simply couldn’t charge my gear with my solar panels any longer, and more and more time was put into gathering wood and keeping the fire going, because it was cold.

Nights were becoming really cold hitting the freezing point at times, I only had summer gear.

Ultimately, I had to linger back to town to decide where to go next. I did not expect less from family and friends than to let me crash with them, since I did not have any apartment of my own any more. Nor did I have a stockpile of cash to get one. I actually had burnt through all my credit at the bank at this point.

I had come a long way with the coding in the forest but the project was to be a huge challenge that was going to demand everything. I realized coming back to civilization that leaving everything behind was only the beginning.

We set out to launch a crowdfunding campaign. It was a lot of work, we did not get any larger volumes of cash by it, but we did get some good feedback, connections and warmthy support from people (and some cool T-shirts).

So, homeless, moving around with ff, no money but debt, no job, no investors, I was more or less lost.

To tell you the truth about two years earlier I had a similar feeling of lostness when I hit a firm brick wall working on a project for two years that turned out not to work. Smack! Vulnerable, I was pray for employers who hauled me in and kept me in the cage of “9-6″.

Embarrassed to say, but I did give up on entrepreneurial adventures at that point. I even recall an email to my mentor excusing myself for seeking some kind of security in life. And that a 9-6 job is good to have if you want a mortgage on a house and what have you excuses. His reply was plainly “Good luck!”.

So now, two years later, once again I was more lost than ever. But security in life? No, not interested any more. There was no way other than the entrepreneurial path, even dough life will take detours, always return to your path. I guess that was what the words “Good luck!” meant.

So first I had to take on some work to balance the books after my return from the forest. But the adventure that I set out to accomplish was yet not over; Blockie was still not launched! I could not settle down in any way. My whole body was itching to get out there again and finish the job.

Through some friends and a lucky coincidence on Facebook I managed to borrow a house in the Costa Rican jungle. Man I had only been outside Europe once before, and that was due to a mistake.

It’s a pretty nice house up on a mountain with a spectacular view. It has a gas stove, but no electricity. It has an inside and a roof, but the no proper door. 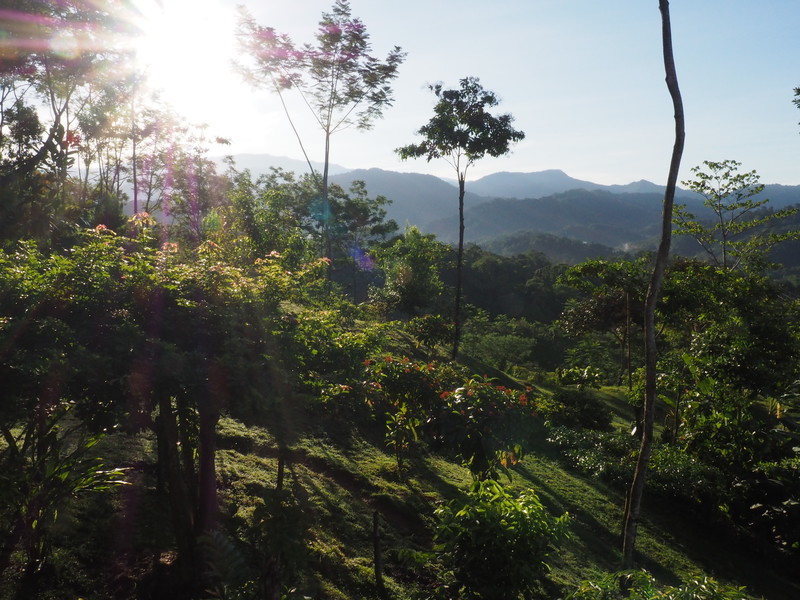 It has water, from a 900 meter long hose that comes from a spring higher up in the mountain. Needless to say, this hose is not bomb proof, or any other proof for that matter. It brakes often and I have to go and fix it.

I’m thinking of applying some proper engineering to that hose. So if you own a HVAC company and want to send me some tubing, let me know.

Bathroom? Sure, look for the hole in the ground 10 meters into the jungle.

Electricity? Absolutely, my good old solar panels are up for the job; they give enough for full time coding. 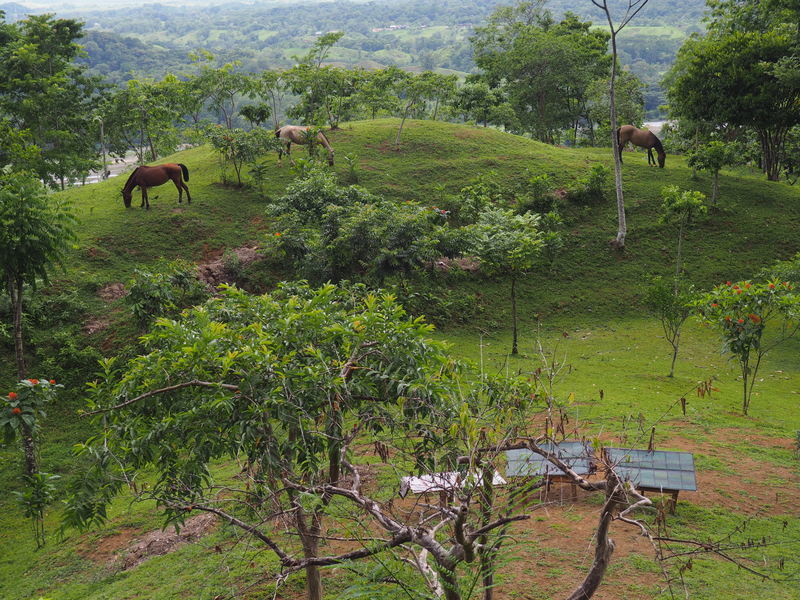 Internet? Oddly enough, I have pretty good 3G coverage here, it must be because I’m high up.

Food? There are bananas and mangos growing here. Down the mountain there is a small village where I can buy tinned stuff. I can order a taxi from there out to the Pacific coast, where there is more stuff. But everything has to go UP the mountain.

The language here is Spanish, which I do not yet speak. I communicate much through Google Translate.

Friends? Well here comes the catch. The guy owning this place lets me borrow it for four months if I take care of his three horses and his dog. So, yeah, there are friends.. 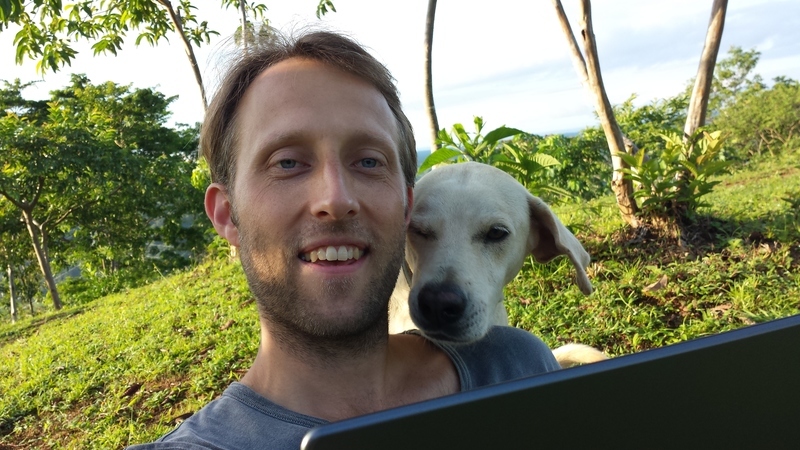 I spend the days clearing out dung, walking the dog, combing the horses, reaping bananas and some other chores, and of course, I code! 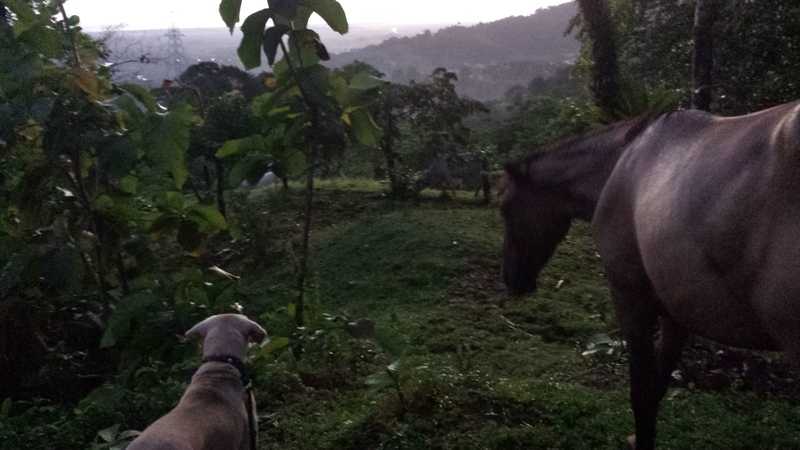 I get about 50 hours worth of coding a week. And those are top quality totally undisturbed hours, since internet is turned off most of the time to save batteries.

I’m soon one month of four into this adventure.

I sleep in my hammock one level above the dog. He is guarding the door that doesn’t close, every night. He is a good dog, and he makes funny noises when he sleeps.

We go to bed shortly after sunset because we have no lights. At five o’clock the sun raises, and so do we. 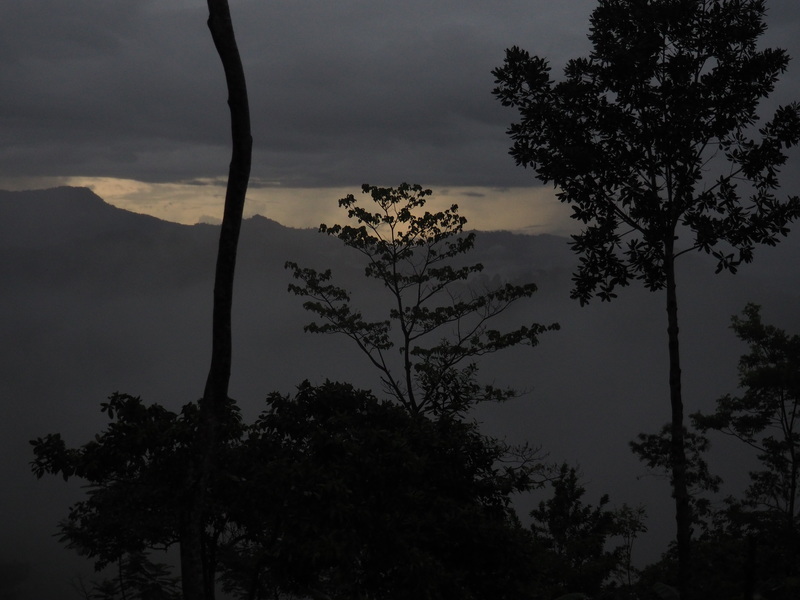 I’m coding for all I’m worth. Even when I’m clearing out horse dung I’m mentally bending on it; Something is happening on the internet. I’s starting to grow limbs and neurons and it’s coming for us.

Thomas Backlund
By a candle, in the jungle, Costa Rica.